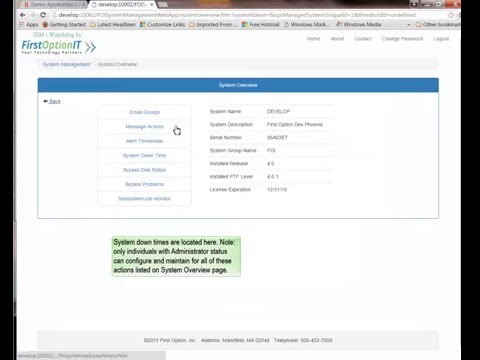 How First Option utilized Bootstrap and WebSphere on our latest project. (Part 1)

Release of IBM i Watchdog 4.0 by First Option

If you are currently using another monitoring tool for your IBM i we invite you to try a free trial of Watchdog.

iSeries Watchdog by First Option is a new iSeries system monitoring solution that was originally developed to assist with First Option's iSeries outsourcing business. It is now being marketed as softw [...]